High up: raising towards the sky to maximize floor potential

Switzerland is a small country which inevitably limits the growth of cities and villages. "Densification" is the keyword of the hour.

Where the wind is blowing from

According to the Swiss Federal Statistical Office, the Swiss construction activity is at an 18-year low while migration figures remain constant and are even increasing in some cases. Eternal queues at apartment viewings, rising rents and months-long apartment searches are the result. The little 101 of gentrification, if you will. This is also how the paradigm shift that we are witnessing today in the construction and real estate industry came about. While Switzerland is a relatively small country, in 2014 it was once again determined how much land may be built on. Of the 232,038 hectares of building land in Switzerland, over 80% is now already occupied. If we can no longer build to the width, we have to build inward – or densify above.

While the densification towards the inside of cities and towns is already being driven forward, the developers are increasingly encountering resistance from the population, as the inhabitants would like to retain the few existing green spaces and undeveloped open spaces.

Toward the sky, therefore, it shall go. In an international comparison, Swiss buildings are generally slightly less tall than those of our neighboring countries. In the city of Zurich, for example, it is estimated that every 10th house could be raised.

Unveiling the added floor potential with a few a clicks

Whether densifying inwards or upwards, new problematic issues inevitably arise: how to find the buildings with the greatest potential for adding floors? And how to resolve disputes with neighbours for elevation projects affecting the view of the residents? Conventional tools are inefficient as the data required for this is distributed across a wide range of providers.

The Nomoko platform answers both issues with built-in functionalities and puts you at the forefront of the real estate  of the future.

Until now, densification in height has always been associated with tedious effort, as one had to study various zoning plans, tap into one’s own networks and often in vain even personally visit properties with potential. The Nomoko platform combines all required data sets in one search engine for the real estate world. The added floor potential is calculated as the difference between the maximum number of floors allowed according to a building’s specific zoning law and the number of floors it currently has. This filter gives a general reference for potentially underdeveloped buildings. Example of the floor potential calculated by the Nomoko platform.

The digital twins Nomoko creates in 3D allow to visualize CAD models of future projects in a photorealistic and scaled environment. This means that inward densification can now be accompanied by far more efficient communication tools, enabling every stakeholder to better understand and embrace building projects. Various municipalities already rely on the power of 3D models for their development projects, such as Cham, Sirnach, or Fällanden.

With Nomoko’s 3D digital twins, the impact of a project can be experienced immersively. Different scenarios and shapes can be tested to evaluate their effects on the built environment, including  view obstruction, weather situations or shadow effects. Visualization of possible increase in height of a low-rise building.

Urban development has evolved significantly over the past decade and the need for densification has opened up new opportunities for real estate developers who need the right tools to make optimal investments. The Nomoko platform provides a layer of intelligence that helps filter properties for additional land potential and visualize planned projects for better communication, ultimately reducing objections and accelerating projects implementations. Due diligence and the real estate market 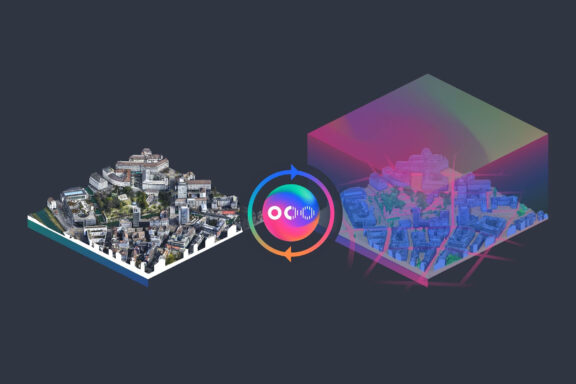